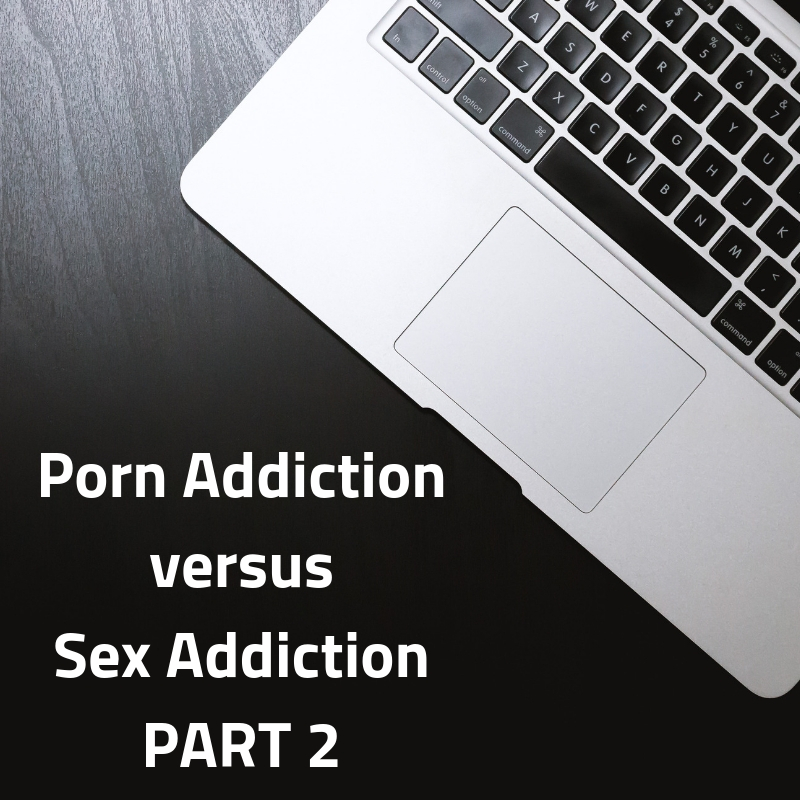 Although there is not an official DSM-5 diagnosis for sex addiction, there is plenty of support for a legitimate diagnosis.  This week I’m going to talk to you about what I’ve seen working with sex addiction, as well as what other experts have to say about it.

What is Sex Addiction?

To further explain what sex addiction can look like, let me tell you about Shawn:

Shawn recently found out he has an STD and is afraid he’s given it to his wife.  For Shawn, it’s about the chase.  He loves to be admired by women and to be put on a pedestal by them.  He shares with them about how his wife is too busy with the children and doesn’t have enough time for him.  Shawn manipulates women into feeling sorry for him and taking care of him, so they will sleep with him.  He often wants to act out fantasies with women as well.

Shawn is a sex addict.  He spends many hours a day thinking about the current woman he is pursuing.  He frequently spends hours sexting women while at work.  Shawn will search social media for pictures of women who are scantily clad.  Shawn often lies to his wife about working late so he can meet up with women.  He’s lost count as to how many women he has slept with.  He has a lot of shame about his behavior after the fact and vows to himself that he will stop.  However, he meets a new woman through a mutual friend and quickly becomes fixated on conquering her.

If you ask Shawn, he feels powerless over his sexual thoughts and behaviors.  His choices make his life very unmanageable and stressful, but he doesn’t stop.  He is calculated, while also impulsive.  Sometimes Shawn will be very risky with his sexual encounters, which is how he got the STD.  Some of his behaviors are almost ritualistic.  Shawn’s behavior causes him to experience a lot of Anxiety and Depression.  Once Shawn has slept with the woman he is pursuing, he often loses interest in her.

Shawn probably has an addictive personality.  He may be genetically or biologically predisposed to be more likely to fall into addiction.  According to PsychCentral, 80% of sex addicts report addiction in their family.

It’s really easy to see how sex addiction can negatively impact relationships.  Sex addiction causes an individual to be dishonest and sneaky, in order to hide what they are doing.  The interesting thing about sex addicts is that they often continue to have normal sexual relationships with their spouses despite their acting out behavior.  Most spouses have no idea the extent of their partner’s addiction.

Sex addiction can create a lot of problems, especially if there is infidelity.  It takes a lot of work to come back from that kind of broken trust within a marriage.  Sex addiction can also be really hard for family members and friends to comprehend.  It is often misunderstood, and can definitely make people look at an individual differently, and pass judgment.  It’s not unusual for others to look at the addict and say “Why don’t you just stop?”.  Unfortunately, just like any addiction, it’s just not that easy.

Unfortunately, not a lot is known about the causes of sex addiction.  I’m going to share with you some of my own observations in order to help explain where/why I think sex addiction comes from.

Some of the individuals I’ve worked with were exposed to pornography at a very early age.  In fact, some of their parents actually provided magazines or videos to them as pre-teens.  This early exposure sexualized them way earlier than they should’ve been, and taught them unrealistic views on sex.

PsychCentral reports that 82% of sex addicts were abused as children.  There appears to be some sort of connection between abuse and addiction later.  There is also a strong correlation between experiencing trauma and sex addiction.

PsychCentral also reports that many sex addicts come from dysfunctional families.  One observation I’ve made is that some of the sex addicted men I’ve worked with had very dominating and cold mothers.  Sometimes they act out in order to gain validation and approval.

According to PsychGuides, there is definitely some sort of connection between addiction to other substances and addiction to sex.  They are very similar in that sex addicts often experience a high, caused by Dopamine, when they act out sexually, just like a drug addict or alcoholic experiences.  They also will use sex to avoid strong negative emotions, such as sadness and anger.

There are many resources available for sex addiction, including Sex Addicts Anonymous and S-Anon (for friends and family members of Sexaholics).  These 12-Step groups provide accountability and ways to work towards healing and recovery.

There are many inpatient facilities that offer intense recovery options across the country.

If you are reading this, and believe you or someone you love may be a sex addict, please reach out for help!  You don’t have to walk this hard journey alone.  Counseling can definitely be one step in the right direction to help learn different ways to cope and change maladaptive behaviors.

© 2020 Journey to Joy Counseling. All Rights Reserved Some photography by
Kyle Sebestyen Photography